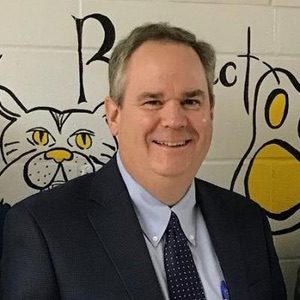 Making Revisions To The Grammar Of Schooling: Reflections On The Final Report Of The Continuity Of Learning Task Force​​

The Vermont Agency of Education’s Continuity of Learning Task Force published its final report on September 11th. The Task Force was composed of Vermont teachers, educational leaders, and business leaders. The task force was established in April and charged with identifying strategic opportunities in education that might emerge as a result of the COVID-19 emergency. Secretary French will reflect on the findings of this report relative to the future of online learning in Vermont.

Secretary of Education Daniel M. French is a graduate of public schools, public universities, and is a US Army veteran. His career in education included teaching high school social studies, serving as principal of a PreK-12 school, serving as superintendent for a large multi-district supervisory union, and teaching at the higher education level. His work in Vermont has been statewide in scope having worked for 15 years in Vermont’s Northeast Kingdom, 9 years in southern Vermont, and 2 years in Chittenden County. He is the recipient of numerous awards including being named Vermont Superintendent of the Year and 2009. He received the “Making IT Happen” state educational technology award in 2016, and from 2010 – 2012 he served as President of the Vermont’s Superintendents Association.

An avid technologist, a focus of Secretary French’s work throughout his career has been advancing the use of technology to offer expanded learning opportunities for students and to better focus the structure of schooling on meeting their personal learning aspirations. He has led major organizational improvement initiatives centered around using technology to modernize school district operations and has worked at the national level on issues related to technology and leadership development. 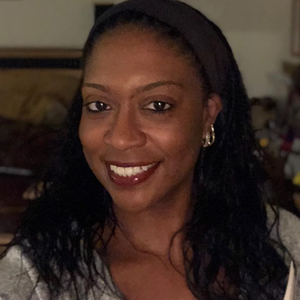 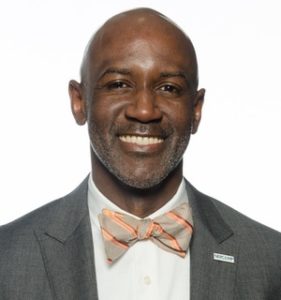 Pandemics, Plans, and Pivots: Leading Academic Computing in a Post-COVID-19 World
COVID-19 has disrupted higher education in unprecedented ways, and, in many cases, has changed both the trajectory and timeline of academic computing and its related functions. This keynote will explore experiences from two very different higher education institutions as they navigated the emergency pivot in the spring and worked through plans and adjustments for the fall. The presenters will discuss strategies, surprises, and lessons learned, providing examples of what is going well six months later and areas of need highlighted by the pandemic. The session will also include forecasting on the future of academic computing, both in the short term and long term, and the audience will be encouraged to engage in a dialog as the presenters will solicit ideas, questions, and feedback from participants throughout the session.
More About Dr. Sherri Braxton

With over 20 years of experience in higher education, Dr. Braxton currently serves as the Senior Director of Instructional Technology at UMBC where she is responsible for leading the Division of Information Technology’s (DoIT) strategy for end-user support of instructional technologies including online, hybrid, and traditional “face-to-face” technologies. She also leads the micro-credentialing initiatives at the institution. A co-director and faculty of the EDUCAUSE Learning Technology Leadership Program, Sherri has also served as co-leader of the EDUCAUSE Instructional Technology Community Group. She served as a task force co-lead for the IMS Global Consortium Open Badge Extensions for Education (OBEE) initiative and continues to serve as a member of IMS Global Open Badges and Comprehensive Learner Record working groups as well as the Adaptive Learning and Digital Credentials Innovation Leadership Networks.

Sherri is an avid equestrian who also enjoys beach vacations, trying new foods, and reading a good mystery novel. She is the mother of two kids, 2 cats, and one horse.

Michael leads Bowdoin College’s Information Technology strategy and operations through the Information and Technology department. Michael came to Bowdoin in March of 2018 with 17 years of experience in Higher Education IT having served in roles at Vassar College, the University of North Carolina at Charlotte, and the University of North Carolina at Chapel Hill.

Michael is a faculty member of the EDUCAUSE Leadership and Council of Australasian University Directors of Information Technology (CAUDIT) Institutes, a member of the Society for Information Management (SIM) and the Information Technology Senior Management Forum (ITSMF), an Educause Leading Change/Frye Fellow, an alum of Leadership North Carolina, and serves on the board for the American Institute for the Biological Sciences (AIBS) and the Northeast Computing Association (NERCOMP). He holds a B.S. in Zoology from Andrews University and an M.B.A. from Wake Forest University.

Michael loves to learn, read, eat, occasionally cook, and starts most days being humbled by CrossFit. He is raising an awesome toddler son with his partner and wife Heather. Follow him on Twitter @mgcato 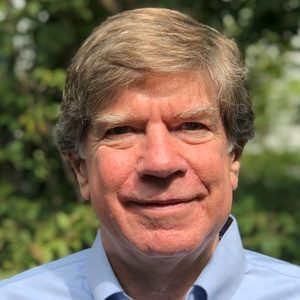 Executive Director of the New Jersey Center for Teaching and Learning

Asynchronous Virtual Constructivism: A Key to Remote Teaching in a COVID World

Bob will explore a new educational paradigm that supports remote teaching and learning. Central to that paradigm’s development was the extension of NJCTL’s Social Constructivist pedagogy to the online world through the development of Asynchronous Virtual Constructivism, supporting the 2017 transition of NJCTL’s graduate courses to be 100% online and asynchronous. Then, with the advent of COVID, a broad range of blended approaches to classroom and remote teaching and learning were enabled through combinations of live teaching materials and online, asynchronous courses for students.

Robert Goodman, the 2006 New Jersey State Teacher of the Year, is the Executive Director of the New Jersey Center for Teaching and Learning. As the science chair and a teacher of physics, chemistry, and environmental science at Bergen County Technical High School in Teterboro, NJ from 1999 to 2009, he founded and led the development of the Progressive Science Initiative® (PSI®) and, later, the Progressive Mathematics Initiative® (PMI®).

Bob was a member of the New Jersey Task Force on College and Career Readiness; NEA’s Commission on Effective Teachers and Teaching; a Content Expert Reviewer for Achieve; a Field Reader for the United States Department of Education; and a member of the Education Advisory Committee for the Liberty Science Center. Bob received the I CAN Learn – NEA Foundation Award for Teaching Excellence in 2007 and the NJIT College of Science and Liberal Arts Award for Outstanding Efforts in Education in 2017.

He received his BS in Physics from MIT, where his undergraduate research was published in an article he co-authored for the Journal of Applied Physics. He received his MAT in Physics from SUNY Stony Brook, and his Ed.D. in Science Education from Rutgers University, where Kappa Delta Pi awarded him the 2006 Delta Xi Award for outstanding dissertation.

Before becoming a teacher, Bob had a twenty-year career in the electronics industry which included serving as the President and Chief Executive Officer for Harman Kardon, JBL Consumer Products, and Onkyo International Operations. Follow him on Twitter @bobgoodman33 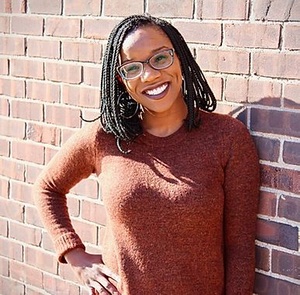 Mia S. Shaw, a doctoral student at the University of Pennsylvania Graduate School of Education, will be discussing her equity in computing research where she proposes a pedagogical approach towards understanding how marginalized youth’s multiple, social, and political identities impact their connections to computing. Following the address, Mia will walk participants through a restorying workshop, where they will get the experience to design interactive virtual quilt blocks that reimagine the dominant narratives surrounding computing.

Mia S. Shaw is a doctoral student in the Teaching, Learning, and Leadership department at Penn’s Graduate School of Education. She grew up in the Monterey Bay/Salinas Valley area along the central coast of California. She graduated from Stanford University where she received a BA in Human Biology with a focus on adolescent development and with honors. Before beginning her doctoral program, she was a middle school science teacher in Las Vegas, NV, and a STEM maker educator in Oakland, CA.

Mia is interested in designing STEAM+CS-rich making environments where Black and Brown youth can design artifacts that author expanded identities and restory (reimagine) dominant narratives about STEM and computer science reflective of their lived experiences. In other words, she wants to create learning spaces where Black and Brown youth can just be while designing projects that imagine new futures. Outside of her research, she is a cartoonist and illustrator. Mia loves all things music (alternative hip hop and neo soul are her jam), pop culture, and cats. Follow her on Twitter @MiaSShaw Find her at MiaSShaw.com. 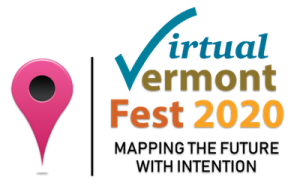