The award is presented to a person whose many years of devoted service, vision and leadership have significantly advanced Vermont educational technology at the local, regional and state level.

#DL2021 KEYNOTE: Remembering the Future: A Game with Learning Mirrors 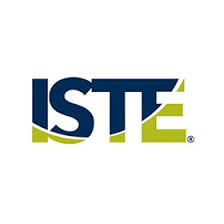 ISTE and ISTE’s affiliates have presented this award to nearly 500 worthy leaders since the program began. The award recognizes people who demonstrate extraordinary leadership, courage, innovation, and persistence in improving learning opportunities for students. Recipients of the awards are educators who:

Winners receive an award jacket, an award certificate, a one-year membership in ISTE, and a standing invitation to the Making IT Happen reception at every ISTE conference.

Vermont Information Technology Association For The Advancement Of Learning

#DL2021 KEYNOTE: Remembering the Future: A Game with Learning Mirrors